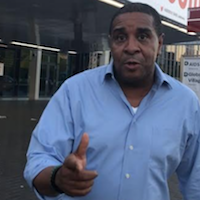 Harold Phillips, former staffer with HRSA's HIV/AIDS Bureau, was named to lead the Office of National AIDS Policy, which operates out of the White House.

“I’m thrilled to welcome Harold Phillips to lead the White House Office of National AIDS Policy. Harold brings decades of experience in the battle against HIV/AIDS, and we're lucky to have him spearheading the Biden-Harris Administration’s efforts to defeat this epidemic… [President Biden] has called upon the nation to recommit ourselves to ending HIV/AIDS once and for all. I know Harold and ONAP will be instrumental to that effort.” –Ambassador Susan Rice, White House Domestic Policy Advisor

Mr. Phillips, an out gay man living with HIV since 2005, began work as ONAP director on June 7.