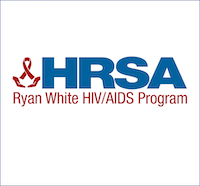 A new study led by the Health Resources and Services Administration (HRSA) found that significant progress has been made toward reducing viral suppression disparities among Ryan White HIV/AIDS Program (RWHAP) clients between 2010 and 2016.

Published in the American Journal of Public Health (AJPH), the analysis using data from the Ryan White HIV/AIDS Program Service Report showed the proportion of RWHAP clients with a suppressed viral load has increased substantially since 2010.

In the article, the authors report a 15.4 percentage point increase in viral suppression from 69.5 percent in 2010 to 84.9 percent in 2016. In addition, the authors report that gaps decreased among key populations with historical disparities in viral suppression rates, including among women, transgender clients, black/African Americans, youth aged 13 to 24 years, and those with unstable housing.

"HRSA's Ryan White HIV/AIDS Program is critical to ensuring that people living with HIV are linked to and retained in care, are able to adhere to medication regimens, and remain virally suppressed," said lead author Paul Mandsager of HRSA's HIV/AIDS Bureau. "This analysis demonstrates the program has made significant strides in reaching the critical goal to reduce HIV-related health disparities to help end the HIV epidemic."

To assist with the reduction of the remaining disparities in HIV-related health outcomes among clients, Ryan White HIV/AIDS Program recipients and subrecipients play a significant role in supporting planning and resource allocation for Parts A through D and the AIDS Drug Assistance Program, as well as through implementing evidence informed interventions, policies and program initiatives that support improving outcomes. 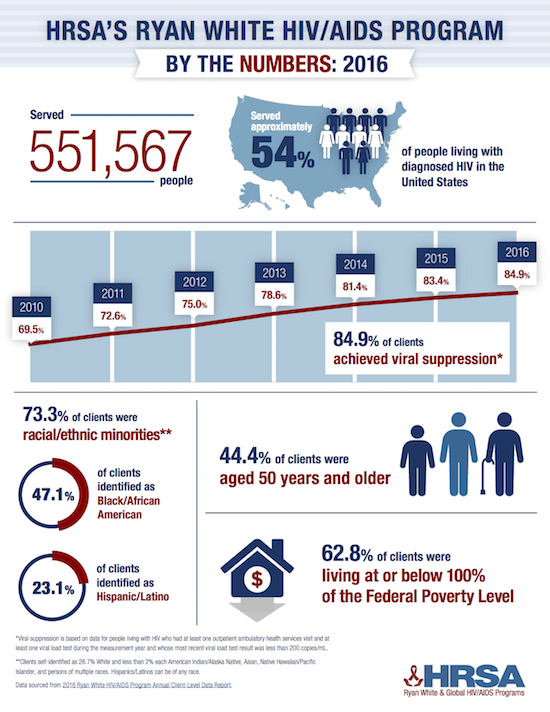