LINK LA (Linking Inmates to Care in Los Angeles) is a 12-session, 24-week peer navigation intervention for people with HIV who are scheduled to be released from incarceration. The intervention aims to prevent declines in viral suppression that often occur after release from jail or prison. LINK LA peer navigators focus on behavioral changes that promote medication adherence and retention in care, while providing social support and facilitating communication with medical providers. Originally evaluated in a randomized controlled trial from December 2012 to October 2016, LINK LA showed improvements in linkage to and retention in HIV care and viral suppression among people with HIV re-entering the community after incarceration.

People who are incarcerated

HIV prevalence among people who are incarcerated is three to five times higher than the prevalence within the general population, and about one in seven people with HIV enter the U.S. corrections system annually.1 While many people with HIV reach viral suppression within the correctional system, they may not reconnect to HIV care after release. Originally funded by the National Institutes of Health (NIH), LINK LA was implemented to improve viral suppression for men and transgender women with HIV who were recently released from incarceration from LA County Jail, the largest jail system in the United States.

LINK LA relied on peer navigators to carry out intervention-related activities and support participants. A navigator met with each participant during a 1-2 hour private session prior to release, and met again in community settings after release. Navigators built strong relationships with participants while still incarcerated, so that there were already feelings of trust when participants began working with peer navigators upon release.

For up to 24 weeks after release from incarceration, the peer navigators modeled treatment adherence and retention-in-care behaviors by accompanying participants to two HIV medical care appointments. The navigators helped participants prepare for their medical appointments, accompanied them during these appointments and took notes, as well as answered participants’ questions afterwards.

In addition to providing support during medical appointments, LINK LA peer navigators helped participants overcome barriers to scheduling appointments, and to obtain assistance with transportation, food, and housing needs. LINK LA also addressed social stigma and discrimination that participants may have experienced during treatment. The navigators emphasized the importance of antiretroviral therapy and adhering to treatment, and aimed to build participants’ capacity to engage in positive, problem-solving behaviors.

The randomized controlled trial enrolled 356 men and transgender women: 180 were enrolled in the intervention and the remaining 176 received standard case management services that included needs assessments, housing referrals, and substance use disorder treatment. Most of the participants were Black or Latino (73%), and over half were men who have sex with men. The LINK LA intervention was associated with improvements in linkage to and retention in HIV care and viral suppression for the intervention group compared to the comparison group. LINK LA also increased the use of behavioral health and case management services within the community overall and reduced emergency department visits.

Staff training. The LINK LA intervention was developed through a model adapted from social cognitive theory. Peer navigators participated in a one-week training and learned how to provide support through three stages of the HIV care continuum: 1) linkage or re-engagement; 2) retention; and 3) antiretroviral adherence.

Staff supervision. Peer navigators were monitored through daily and weekly supervision and case note reviews. The navigators also completed a check-in detailing their meetings with participants after every session.

Hiring of navigators. Peer navigators were hired based on their shared lived experiences with participants, such as prior incarceration, having HIV, or engaging in prior substance use.

“While patient navigators may include professionals such as case managers, [Link LA] adopted a model in which peer navigators were strictly lay staff members, who could be considered peers of the participants, to promote trust with this often stigmatized population.”

The intervention was implemented and evaluated from December 2012 through October 2016 and was primarily funded by the NIH and the National Institute on Drug Abuse. Many of the activities associated with Link LA, including peer navigation and referrals for clinical and supportive services, may be eligible for Ryan White HIV/AIDS Program (RWHAP) funding. Other funding sources such as Housing Opportunities for Persons with AIDS (HOPWA) may also be leveraged to support people returning to the community after incarceration. In addition, LINK LA had little staff turnover due to hiring full-time (with benefits) peer navigators, rather than part-time staff. 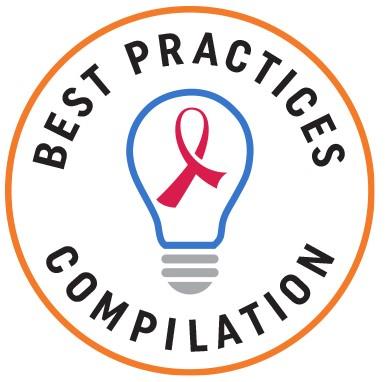