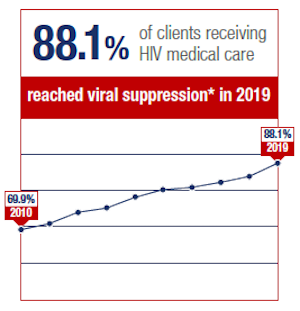 A new report released this week [December 7, 2020] by the Health Resources and Services Administration (HRSA) shows that clients receiving Ryan White HIV/AIDS Program (RWHAP) medical care were virally suppressed at a record level – 88.1 percent – in 2019. High rates of viral suppression means that more people with HIV are taking their medication as prescribed and reaching and maintaining an undetectable viral load, and therefore they have effectively no risk of sexually transmitting the virus to an HIV-negative partner.

The publication provides an in-depth look at demographic and socioeconomic factors among clients served, which include:

In addition, retention in care and viral suppression data are presented for the overall RWHAP client population receiving medical care, as well as among priority populations served by the RWHAP. Together, these data highlight the key role of the RWHAP in providing high-quality care and treatment to more than half a million people with HIV in the U.S. each year and emphasizes the importance of continuing and expanding this work for the Ending the HIV Epidemic: A Plan for America (EHE) initiative.

Access the 2019 Ryan White HIV/AIDS Program By the Numbers. Below are outtakes. 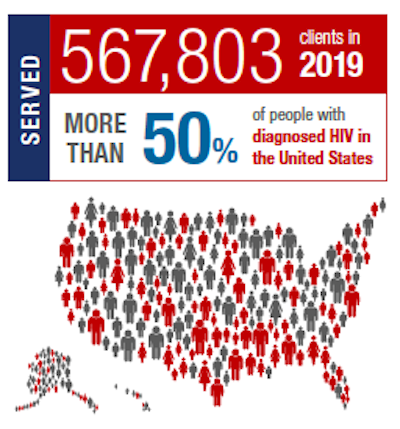 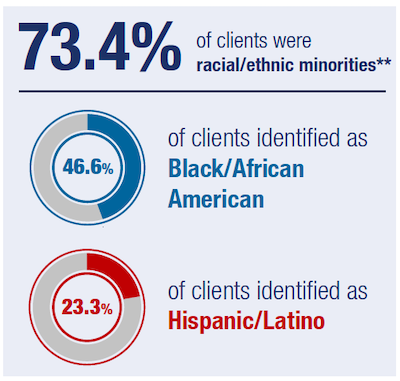