One does not typically characterize advances in health care as moments to celebrate. While things may improve for many, the reality that not everyone is benefiting motivates us to continue our work. Such was the message, one of many really, of the opening plenary for the 2016 National Ryan White Conference on HIV Care and Treatment, convened in Washington, DC, August 2016 by the HHS Health Resources and Services Administration (HRSA), HIV/AIDS Bureau (HAB).

A panel of federal leaders from across HHS shared powerful data at the session on what the Ryan White HIV/AIDS Program (RWHAP) has accomplished over its quarter plus century of existence, with 80% of its clients retained in medical care and 81% having achieved viral suppression. These results are of course a result of the work of the roughly 2,400 people in the room and their many colleagues back home, working in nearly 600 Ryan White grant recipient agencies, and the thousands of agencies and providers they collaborate with and fund.

Laura Cheever: HRSA and the and the Ryan White HIV/AIDS Program

HRSA Acting Administrator James Macrae spoke about strategic goals and their value in directing the work of agencies, particularly as "we are closer than we have ever been to achieving an AIDS-free generation" because of "the hard work and dedication of thousands of people." Macrae added that this meeting was an opportunity to tap into the latest science, "to learn about best practices," which he characterized as "energy connectors" and "energy boosters" to further motivate. Macrae concluded by saying that "we have the tools to be able to end this pandemic" but must work together to do so.

HHS Secretary Sylvia Mathews Burwell reflected on what was so unique about the RWHAP, which "transformed" our response to the epidemic. Said Burwell, actions didn't fight the epidemic from the top down but rather entrusted the community. It was this design, she said, which has enabled the RWHAP to evolve along with the epidemic, in part with its persistent vision to center care on the patient and a health team that could collaborate with patients to address their needs.

Burwell put the RWHAP into context of important reforms in care in America over the past decade. To name a few: 9 out of 10 Americans have health insurance today due to Affordable Care Act (ACA) coverage. Because of ACA, people now have access to preventive services at no cost and nobody can be denied health insurance because of their disease status. AIDS Drug Assistance Program waiting lists have been eliminated.

Looking ahead, Secretary Burwell envisioned Public Health 3.0 for the nation's health response, which will look at health and well-being as more than a patient/provider interaction, a framework that considers economic status, education, housing, and safety of one's neighborhood -- all lessons that can be gleaned from the work of the RWHAP.

Amy Lansky, Acting Director of the Office of National HIV/AIDS Policy at the White House, presented the framework for continued advancements in HIV/AIDS work. Lansky outlined the "family of five" strategic documents guiding HIV/AIDS work, most notably the National HIV/AIDS Strategy: Updated to 2020, which outlines goals and action plans for federal agencies, fund recipients, and others to advance their work.

Lansky noted the particular contributions of HRSA staff in leading work to develop new indicators to guide and monitor progress in relation to PrEP, stigma, and transgender populations. Lansky also acknowledged community outreach work with, for example, people with HIV, PrEP implementers, and transgender advocates to identify needs and priorities.

Lansky wrapped up her remarks by outlining "8 years of policy progress" that includes the first National HIV/AIDS Strategy (2010); extension of the Ryan White reauthorizing legislation (2009); passage of the Affordable Care Act (2010); the lift of the HIV entry ban (2010); the HIV Organ Policy Equity Act (2013); authorization to use federal funds for Syringe Service Programs (2016); the Housing Opportunity through Modernization Act (2016); and ongoing realignment of federal funding for HIV work across multiple federal programs.

It is possible to sum up 35 years of HIV science in about half an hour. The good news was almost joyous as presented by Anthony S. Fauci, Director of the National Institutes of Health's (NIH) National Institute of Allergy and Infectious Diseases (NIAID).

If the world was the Ryan White program, we would have the end of the HIV epidemic.

Fauci gracefully raced through decades of AIDS science, from the depressing and baffling data on early AIDS deaths from opportunistic infections among handfuls of gay men to the amazing progress realized when research figured out the viral replication cycle of HIV. "We went from swimming in the dark to being in the light," which "allowed us to be able to design drugs to hit a vulnerable target in the HIV replication cycle." Fauci added that the spillover impact has been application of insights on viral replication to new treatments in other fields, like hepatitis C.

The scientific insights presented by Fauci are remarkable, the data documenting progress profound. For example, life expectancy for a 20-year-old newly diagnosed with HIV in the 1980s was but 12 years. Today, a young person on ART has a life expectancy of about 53 years. Globally, AIDS deaths have declined by 43%. Fauci highlighted several pivotal studies that helped identify new insights in HIV treatment: SMART (episodic ART treatment is inferior to continuous ART); HPTN 052 (early ART reduces HIV transmission to uninfected sexual partners by 93%); and START (early ART reduces serious illness/death by 57%).

Fauci wrapped up with this question: How do you implement these findings? He posited what the HIV Care Continuum is all about. You test people and get them on treatment if infected, and teach prevention for uninfected persons at high risk. Said Fauci: If you look at data, the vast majority of new infections can be traced back to those who are diagnosed but not in care (69% of new infections), with an additional 23% being attributable to transmissions from people who do not know they are HIV infected. Getting these people in care will decrease new infections by 90%, said Fauci, creating a downward momentum of new infections. 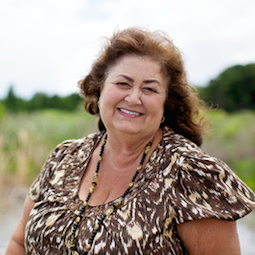 About 26 years ago this month, the Ryan White CARE Act was enacted, in some of the darkest days of the epidemic and just a few short months after Ryan White died. Every single federal panel member thanked Ryan White’s mom, Jeanne White Ginder, sitting in the front row of the packed room, for the impact her son has had but also her decades of work to overcome challenges. Perhaps they were seen as insurmountable by most but not by an Indiana teenager and certainly not by his mother, who saw fairness and compassion as far stronger forces for change than fear and discrimination.