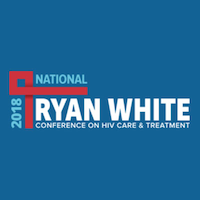 There was no official (or unofficial for that matter) competition for “best poster” at HRSA's 2018 National Ryan White Conference on HIV Care & Treatment. But one of the 184 poster sessions at the meeting did catch our eye: Implementing Targeted Interventions Using Identified Barriers to Care for Women.

With that in mind, treat this blog like a well-deserved nod to all the 2018 poster authors and an insight into the work of one Ryan White HIV/AIDS Program (RWHAP) agency in creating an intervention and crafting a poster that was “an exercise in storytelling, which is just a poetic way of saying we were trying to humanize the data,” said Lauren Kettler Gold, Publications Specialist with Broward County Health Care Services, a Part A RWHAP recipient. (See the sidebar for how Broward designed, printed and brought the poster to the conference.)

The Journey Before the Poster

The story reflected in the poster was several years in the making. Back in 2015, Broward focused on ways to close gaps in viral suppression among the county’s younger African American women—the population with the lowest rates of viral suppression in their system. (Eighty-three percent [83%] of Broward’s Part A clients are virally suppressed.)

From 2015 to 2016, newly reported HIV cases increased 20% in Broward. The Miami-Fort Lauderdale-West Palm Beach Metropolitan Statistical Area ranked number one in the United States for new HIV diagnoses according to CDC's Diagnoses of HIV Infection among Adults and Adolescents in Metropolitan Statistical Areas— United States and Puerto Rico, 2016.

In 2015, Broward County’s Quality Management Committee (QMC) analyzed their 2014 Part A viral suppression data, determining that non-Hispanic Black Heterosexual Females, Ages 18-38 had the system’s lowest rates of viral suppression. In 2016, 19% of women in the Broward EMA Part A program were not virally suppressed (>200 copies/mL) compared to only 14% of men.

Kelsey Holloman, Contract/Grant Administrator at Broward County, described their use of the HRSA-funded National Quality Center’s (now called CQII, Center for Quality Improvement and Innovation) “Drilling Down the Data and Developing Interventions” to problem solve these gaps. Staff also used end+disparities Learning Exchange resources (now called the end+disparities ECHO Collaborative) and research specifically for working with black females, so this was a great tool when we were developing targeted interventions.

This project used the CQM process and was a team effort by the Broward EMA CQM Program, QMC, and Part A Case Managers. Below are key steps.

Broward County’s QMC started with a review of data by conducting a detailed analysis of viral suppression data for this population. Next, the QMC examined of other factors impacting health outcomes including length of diagnosis, retention in care, socioeconomic status, and utilization of core and medical services.

The analysis revealed that females who utilized Part A services and had a better socioeconomic situation were far more likely to be virally suppressed than those who did not.

Next, Broward continued to “drill down” by tasking their Part A Case Managers with assessing the barriers to care experienced by black females who were not virally suppressed in our system through use of NQC’s “Barriers to Care” tracking tool. The top reported barriers to care were: lack of personal financial resources, mental health issues including depression and anxiety, lack of transportation to access services and adequate and affordable housing, and medication adherence issues.

With these insights in hand, Broward created the project “Implementing Targeted Interventions Using Identified Barriers to Care for Women.” Case Managers were tasked to address identified barriers by implementing targeted interventions for all females who were not virally suppressed. NQC provided both target interventions and a tracking tool to document interventions that were used.

Broward’s motivation for the project was data, simply speaking. After identifying the disparity in their system among black females and successfully drilling down the data further to identify underlying causes of this disparity, Broward knew their problem and that they could address it with resources already being used in their system.

Broward’s initiative to improve viral load suppression was facilitated by a number of factors, including:

Much like the CQM project, the poster Implementing Targeted Interventions Using Identified Barriers to Care for Women was created through a team effort. Publications Specialist Lauren Gold worked with Kelsey Holloman and the Ryan White team to pull together the poster session. Gold took the lead in the design, observing that, often, when studies are prepared, “the people themselves and thus the human impact is lost in the facts. Even by using one simple image as we did, seemingly representing every woman in the intervention, we added a dimension that allowed the reader an emotional connection.”

The process for its creation is pretty impressive as it took place just one week before the conference. Here are key steps:

First step, find a printer who could produce an 8 foot poster.

Gold then created the poster using InDesign publications software, which requires a fair amount of proficiency. A smaller poster than the 8’ wide banner could have been created but that part of the impact of the poster was its size and ability to convey information on barrier, the women, their barriers, and interventions to address these barriers.

The poster was laminated for protection and put into a 4-foot tube and carried on the plane by Senior Program Project Coordinator Edith Garcia, who also presented it.