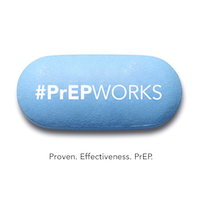 Pre-exposure prophylaxis (PrEP) is a safe and effective approach for HIV prevention and is widely available in the U.S. at little to no cost--as of 2021. Here's a quick recap of the history and resources for maximizing access.

Expansion of PrEP coverage began at the state level as early as 2014 with select states endorsing PrEP as part of their ending HIV plans. In 2017, federal guidelines endorsed PrEP to reduce the risk of HIV infection, The evolution in coverage accelerated in 2019 with the U.S. Preventive Services Task Force's (USPSTF) issued an "A" recommendation that clinicians should offer PrEP to individuals who are at high risk of HIV acquisition.

These directives were based on multiple studies that have documented PrEP to be highly effective for diverse populations. Awareness and usage by higher risk individuals, particularly men who have sex with men (MSM), has increased significantly, although racial/ethnic disparities remain.

Costs and coverage gaps for PrEP have been significantly reduced in recent years.

Some clinicians may not be up to speed on PrEP. See the PrEP Locator for a searchable national database of providers who understand PrEP administration. Also, do a web search to see community-specific PrEP provider guides.

PrEP plays a major role in the new Ending the HIV Epidemic initiative and its goal to substantially reduce new HIV infections. EHE builds upon multiple HRSA programs and policies.